Last weekend my brother and his wife of nearly three months held a reception at my parents' place for family and friends who weren't able to attend their wedding. For those of you who didn't make it to the reception, here's a peek at the party.
Guest book and "sweetheart jam" favors: 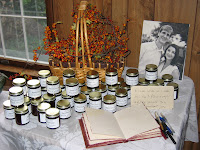 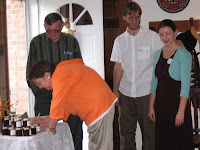 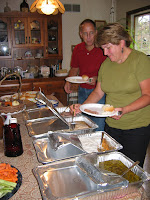 The parents of the bride (center) came along for the weekend festivities: 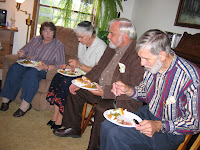 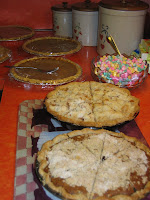 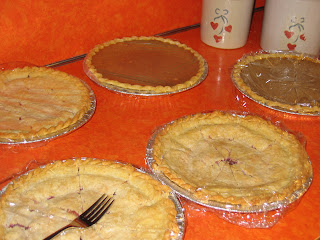 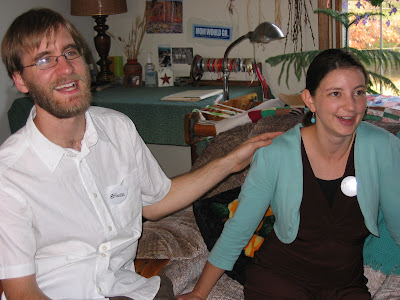 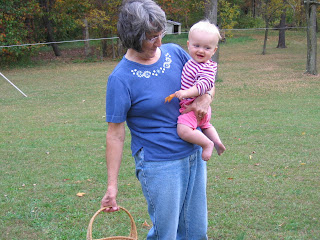 Breaking into new circles means that CP and I introduce ourselves and our daughter time and time again. Often this includes an explanation of NS' name (people are curious about its spelling, pronunciation, origin, etc.). Last Sunday was just such an occasion.

After church, a white-haired local storyteller accosted us as we were about to load NS into the stroller and make good on the pastoral family's invitation to lunch. When we told him our baby's name, his eyes took on a pensive, almost misty expression.

"N----." He repeated the name, rolling it slowly off his tongue. "It's...buttery, almost onomatopoetic." He gestured as if praising a delicious morsel.

For me, it was the most surprising--and probably the highest--compliment to date that I've received on N's first name.
Posted by current typist at 2:26 PM 1 comment:

October is swiftly climbing to My Favorite Month status. CP would point out that I say this about a different month about nine times a year. Nevertheless, it's true at the time I say it. These are the glorious days of pristine skies, generous sunshine tinged with still-welcome coolness, and color, color everywhere. Every day finds NS and me walking the neighborhood under bright skies and brilliant trees--exercise and mental health for me, possibility of a nap for NS, and for both, the thrill of the fall.

View from nearby National Park last weekend on one of those perfect autumn evenings: 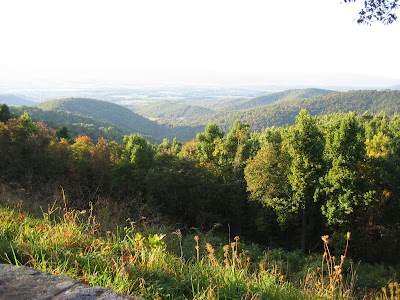 NS with dad on her first hike: 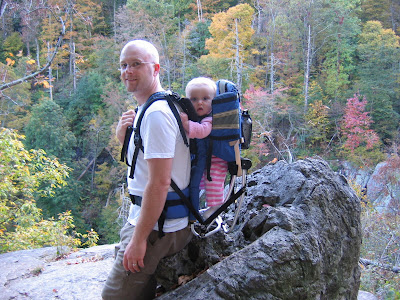 First One to Fall Asleep Is a Rotten Egg

This one's especially for the grandparents and long-distance aunties:

Posted by current typist at 2:22 PM No comments: