Today I stepped outside to find my 18-month-old daughter arduously ascending the board-and-nail rung ladder on the mulberry tree next to the garden, all the while chanting her new favorite word, "Up. Up. Up." As I tore across the yard to spot her, my mind a-whirl with competing terror and admiration, I had to wonder. If she's determined to climb six feet up a tree trunk at this age, what heights might she attempt in the future?
Posted by current typist at 8:25 PM 1 comment:

Here's the happy-looking garden. If you look closer, though, you'll see its smile fading in the dry summer sun. Productivity has slowed to a crawl to conserve moisture.

Meanwhile, the bean beetles and borers are stepping up the pace, chomping up green beans and wilting yellow squash and zucchini vines right and left.

Here I go to do pest/drought combat before dark. 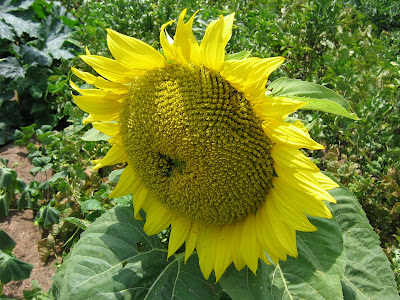 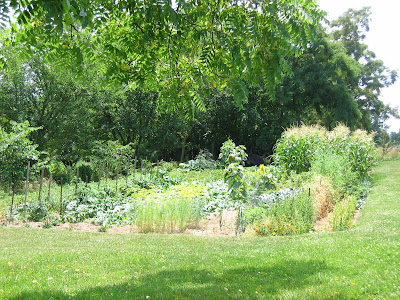 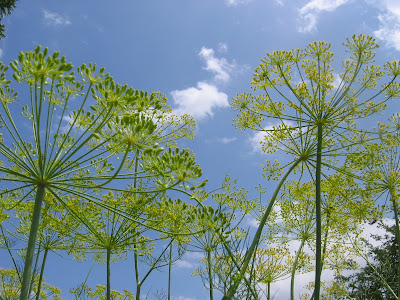 Last week a bunch of slick teenagers showed up next door. They turned out to be a rowdy crowd. Shameless, too. Within days they were audaciously eating my black pole beans. Too bad I didn't know the rascals were moving in when I planted my black beans on the fence row. 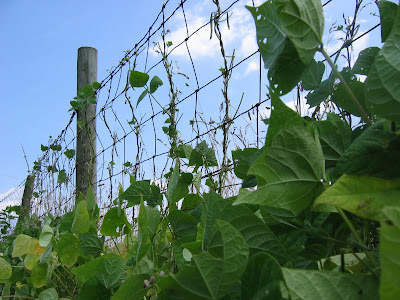 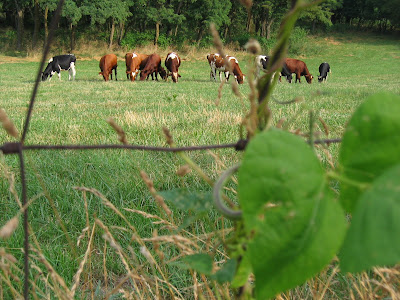 Posted by current typist at 4:57 PM No comments:

My ESOL class shrank by 50% on Thursday when one of my two students didn't show. The result was a one-on-one tutoring session during which we practiced check-writing, comparisons/superlatives and wh- question words.

After class, "Victor" started explaining why he only went to school for three years in Mexico. In intermediate-level English he described how his parents abandoned him at a young age and his grandmother raised him. They were dirt poor; he often lacked shoes and could not afford to continue attending school. So at the age of eight he got a job at a city marketplace helping shoppers with their bags. He worked from early morning until evening to help support himself and his grandma. A native speaker of Otomi (an indigenous language), he learned Spanish as a child laborer.

Victor was a farmer before coming to the United States. Now working nights at a poultry plant, he occasionally sends money to support the family that never supported him. "I go to church," he shrugged, "so I can't do to them what they did to me."

With his bulky frame, easy grin and silver-lined teeth, Victor is my age, although he looks to be ten years older. He has a wife and three children (3, 11, and 15 years old). The two older children have both surpassed him academically.

At last the opportunity to continue his own education has presented itself: to study his third language, English.

And I get to be his teacher.
Posted by current typist at 2:04 PM 4 comments:

This Is Not a Complaint

CP, NS and I had a mini retreat at Mom and Dad's over Independence Day weekend. Brother D and bride A were there to add to the hurrah. Not pictured: NS wading in the creek for the first time, picking lavender, mint, and other garden delights, gathering wild black raspberries (with minimal success), searching the dusk horizon for fireworks (with negligible success), trying to beat Dad and Mom at a game of backyard quoits (similar to horseshoes--with no success!). Considering the fun that was mixed in (berries on ice cream, fields of lightning bugs, campfire on a cool evening, singing and talking) I'd say success is just overrated. 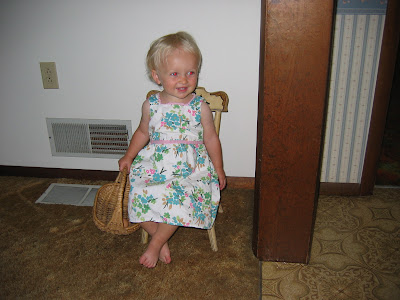 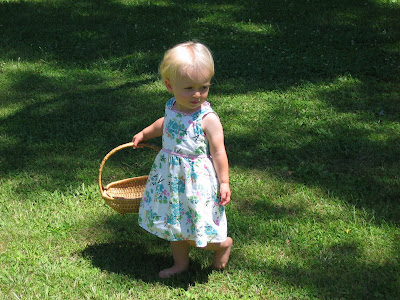 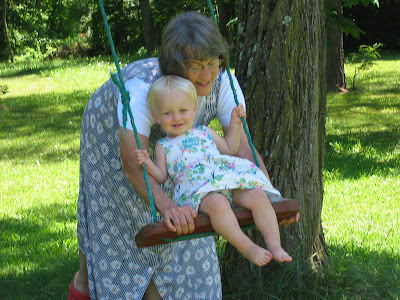 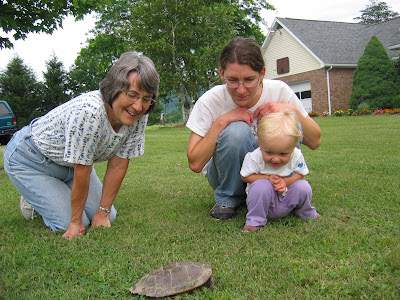 When we returned from a weekend away, this is what we found in the garden: 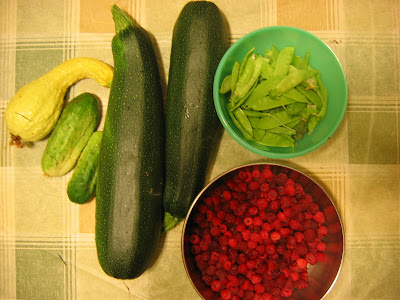 And green beans are ready for picking today!
Posted by current typist at 2:08 PM No comments: